Mageia was at SCaLE 14x

Mageia made it to SCaLE 14x for the first time in sunny California, with one of our dedicated QA deputy leaders to man the booth.

Bill Kenney, or wilcal as he is known here, did an amazing job running the Mageia booth at SCaLE. This is an extract from his report on the event.

The Mageia booth was located right in the centre of the Pasadena Convention Center on January 22nd – 24th. Friday saw the highest traffic, Saturday was quieter, but lots of families came down to see the exhibits, which is always nice to see.
Our booth was next to SUSE’s, and sharing the running of the booths was a great show of community and cooperation between Linux projects. 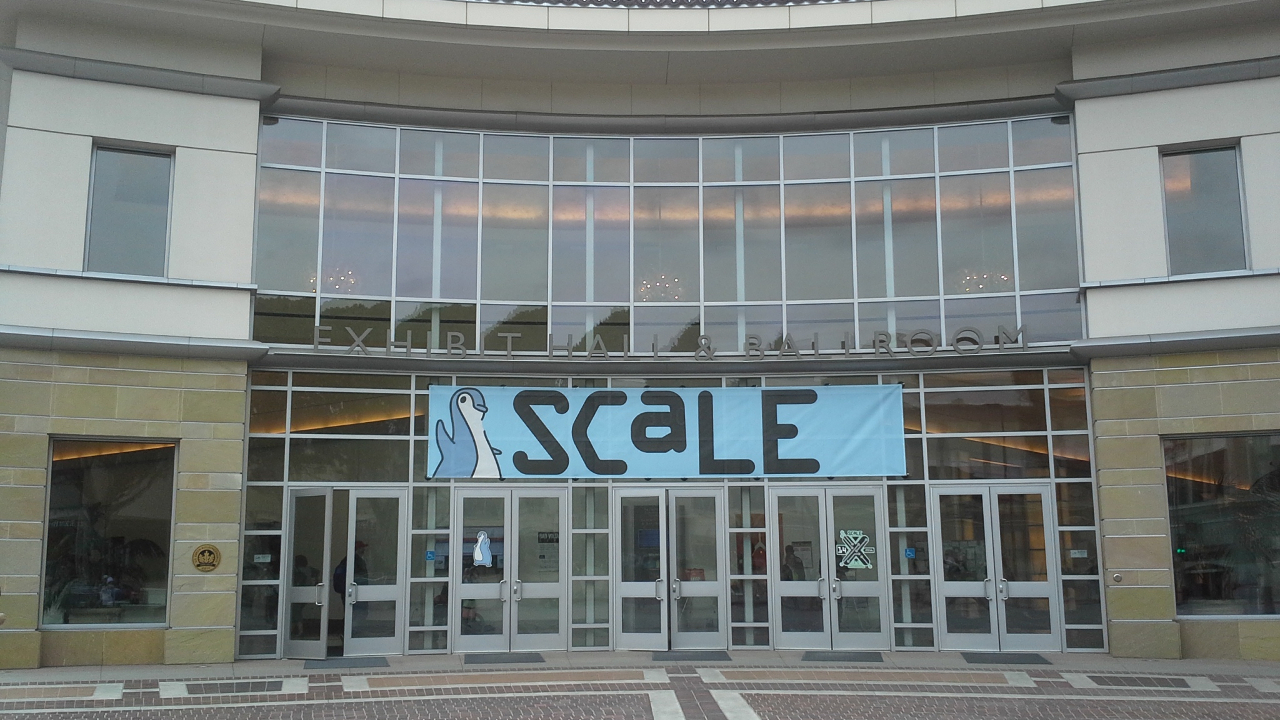 We had Hewlett Packard Enterprise as neighbors; they were running an almost continuous magic and tricks show which always ensured a big crowd in front of the Mageia booth. I made the decision not to give away some kind of “swag” and that was a good decision as I would have needed thousands of items. Also, I opted to put the Mageia literature (English and French) in displays rather then giving pieces of paper away. Again a good decision, as most people just took pictures of the literature if they wanted a copy.

The principal thrust here was to show the Mageia flag, sharing its history and talking about the present and future status. That was the right message. There were lots of people who simply already knew about the Mandrake → Mandriva → Mageia fork tree and most of the time was spent reminiscing about old times with Mandrake. Many indicated that Mandrake was their first Linux distro.

The organizers of SCaLE 14x were appreciative of Mageia making a presence at SCaLE and are certainly open to us returning next year.

Here’s a picture of the Mageia stand with Bill there. 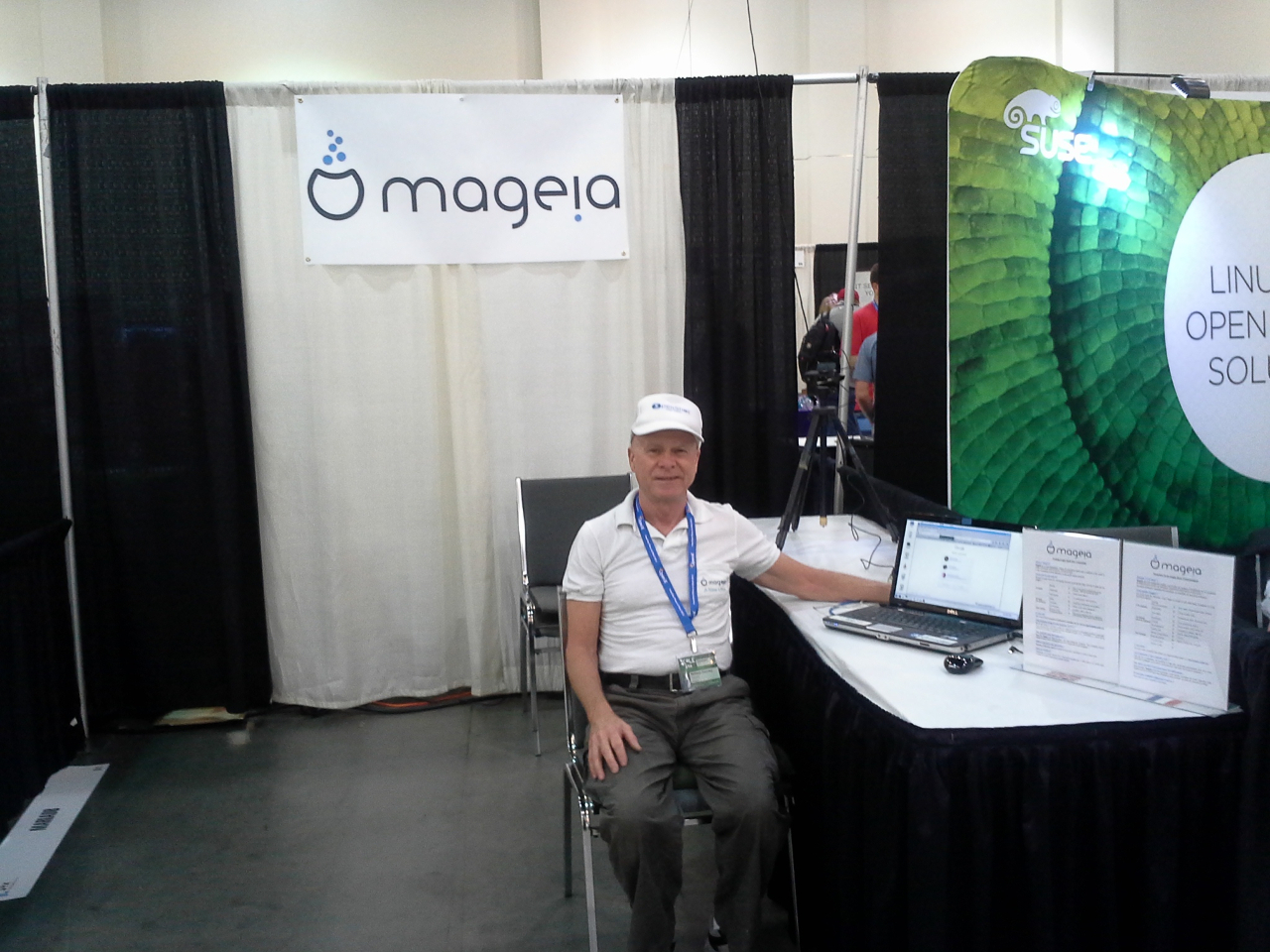 Here’s an 8 min video that Bill shot of the show. Most of the “footage” was shot before show hours. At times this venue was packed with Linux geeks. Enjoy the show:

This entry was posted in community, events, Mageia, users. Bookmark the permalink.

2 Responses to Mageia was at SCaLE 14x