This is the unavoidable sequel to “Mageia at the Berlin Linuxtag“ 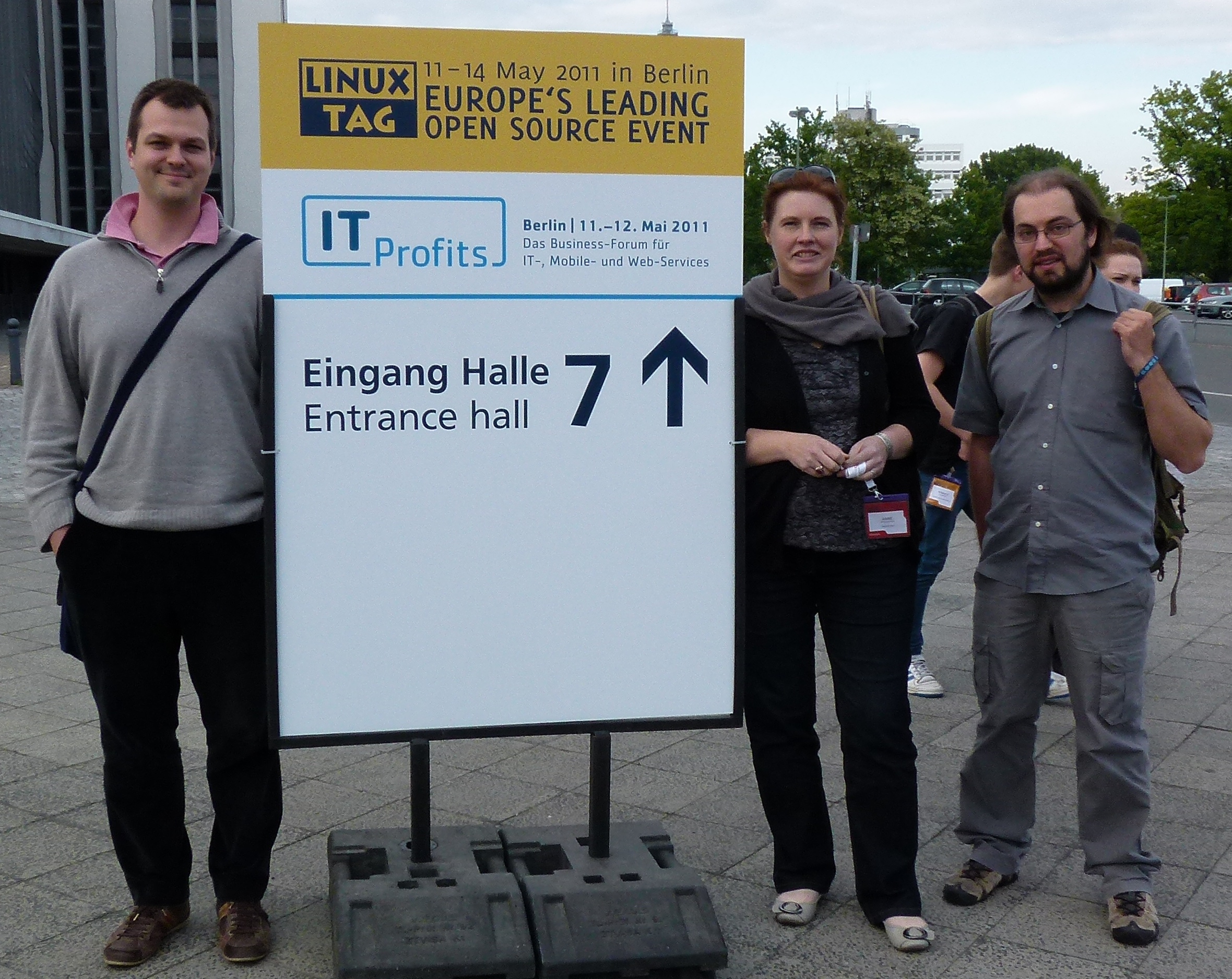 The fair is over, people have gone back to their daily routines. Now, what did we take home at the end of the day?

We showed the name “Mageia”. The visitors who came by were informed by our people at the booth and the text of a large poster. Questions were not so much about the technical side but rather in the area of who we are, what we are and (and not least) why we are. This was an initial introduction to the Germans and it was received nicely by those who asked. Something the German Mageia community can build upon during the time and the events to come.

We had the opportunity to introduce Mageia in detail by a conference held by ennael. There wasn’t a large crowd but we did not expect that anyway, there were too many conferences at the same time (more than 230 in 4 days!). Still, those 20 people in the audience were a start.

The Germans at the booth already knew the environment, for the 3 visitors from France (ennael, rda and boklm) it was an interesting experience because this German event is very different to what they were used to see at French events. Such experiences give you a broader perspective and I’d like to encourage the French and also others to go to such events in other countries (if possible) to see and learn. We may improve our understanding of our neighbours…

One of the most important benefits of this event was meeting face-to-face. We were able to discuss many things directly, especially people who are working very close together, like rda and obgr_seneca (for example). We can look forward to all the nice things they are planning!

Then there was the fun! We had a nice dinner on Friday night and there were also those moments of comic and fun during the days. I may give you an example:

A visitor came to our partner (MandrivaUser.de) with whom we shared the booth. He was presented with the current Beta of Mandriva 2011 and then he asked our helpers about their opinion about the new menu style. They expressed their rather negative opinion, then the visitor presented his business card – he was a representative of RosaLabs, the company who invented this new menu style! 🙂

When looking at the pictures (see next paragraph) you will recognize we offered black and white Mageia T-shirts. These T-shirts are special – they are the T-shirts made for our first official appearance at FOSDEM 2011 and you will never again have the chance to get one of them!

We offer black and white T-shirts, all sizes. German orders please contact wobo AT mageia DOT org (price in Germany will be 10 Euros including shipping).
For international orders people in Paris will soon set up a way to facilitate purchasing those T-shirts.

We took some pictures and I will upload them to the Mageia gallery in facebook ASAP. Please stay tuned for the URL (will post it in a comment to this blog). For those who understand German I will post a URL to an internet radio interview where wobo talks about Mageia.

This entry was posted in Uncategorized and tagged Linuxtag, mageia. Bookmark the permalink.