Posted on December 1, 2011 by Patricia Fraser

The JDLL took place in Lyon, France on the 18th and 19th of November. Mageia was there. 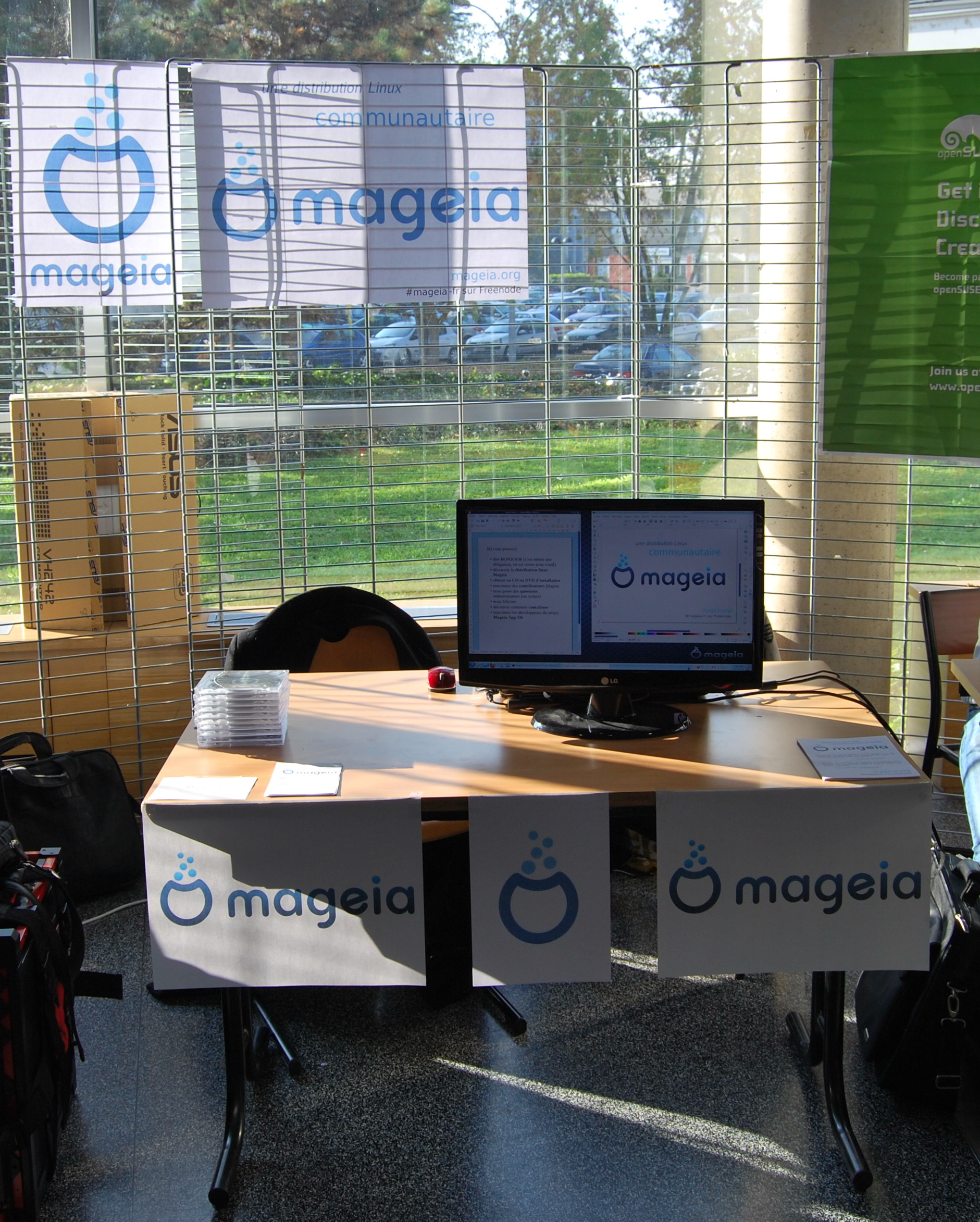 Some contributors were there to represent Mageia at our distribution’s booth:

There were also other members of the community, especially Michaël Scherer (misc) on the JabberFr.org booth, and Daniel Tartavel (who helped us with logistics assistance) on the booth of LibrePC. [1]

To help us break the ice with the visitors, we displayed these lines on our demonstration screen: 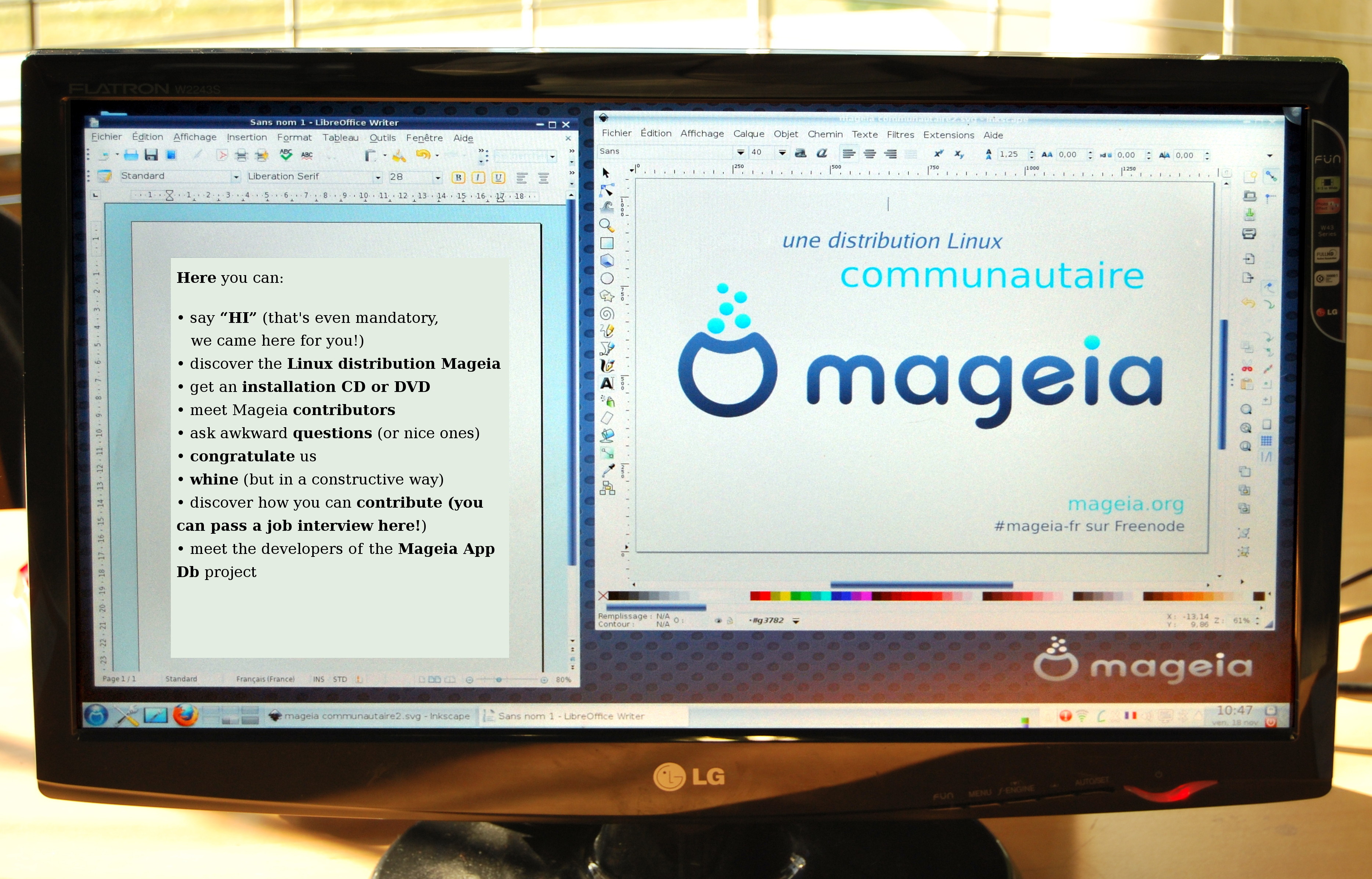 We wanted to give out free installation CDs (and some DVDs) to the visitors interested in Mageia, to encourage its spreading. We made some with our own stuff, since there are no official materials for Mageia yet.

The CDs given out the first day, burned and designed by Adrien: 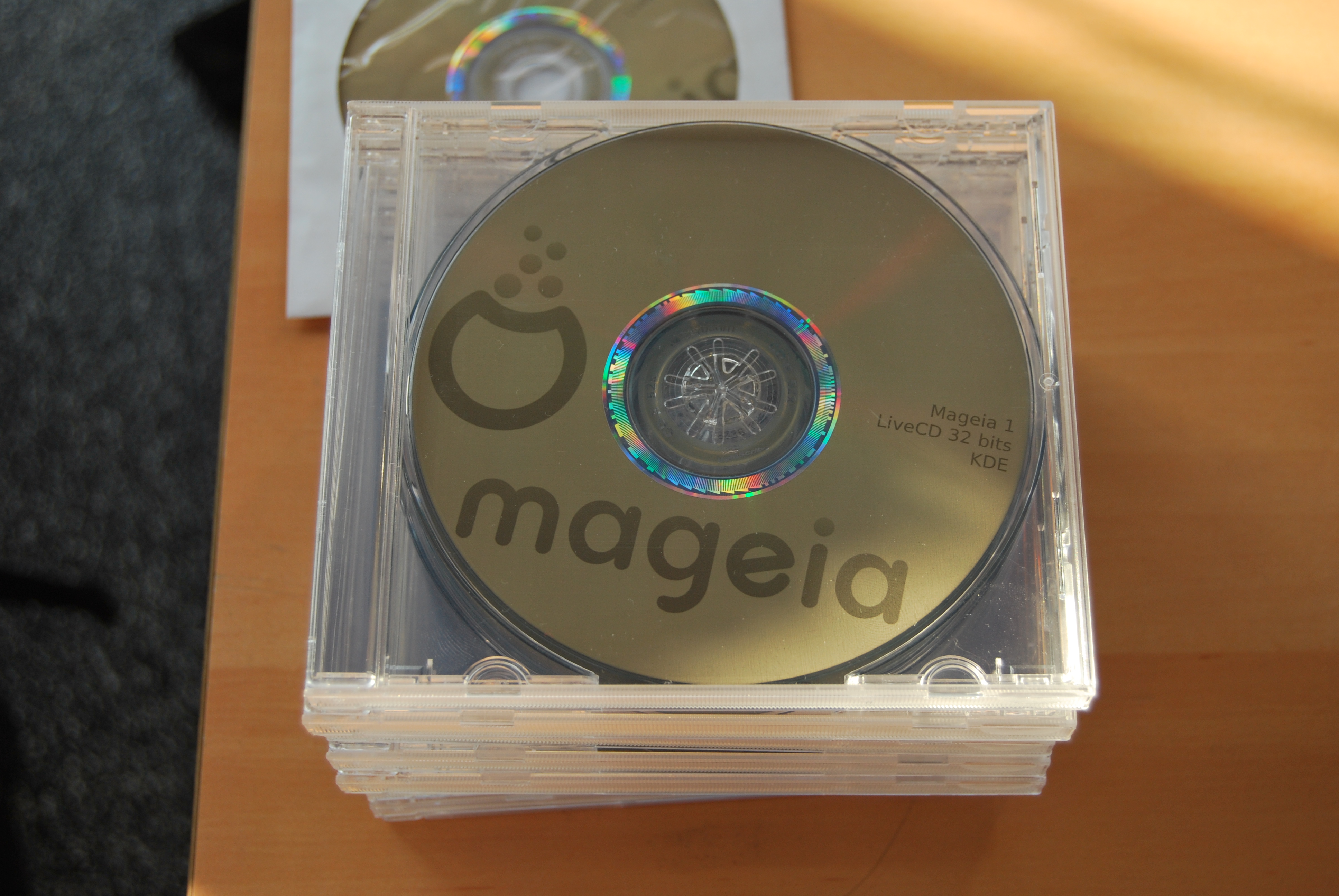 The CDs which were distributed the second day, provided by Daniel: 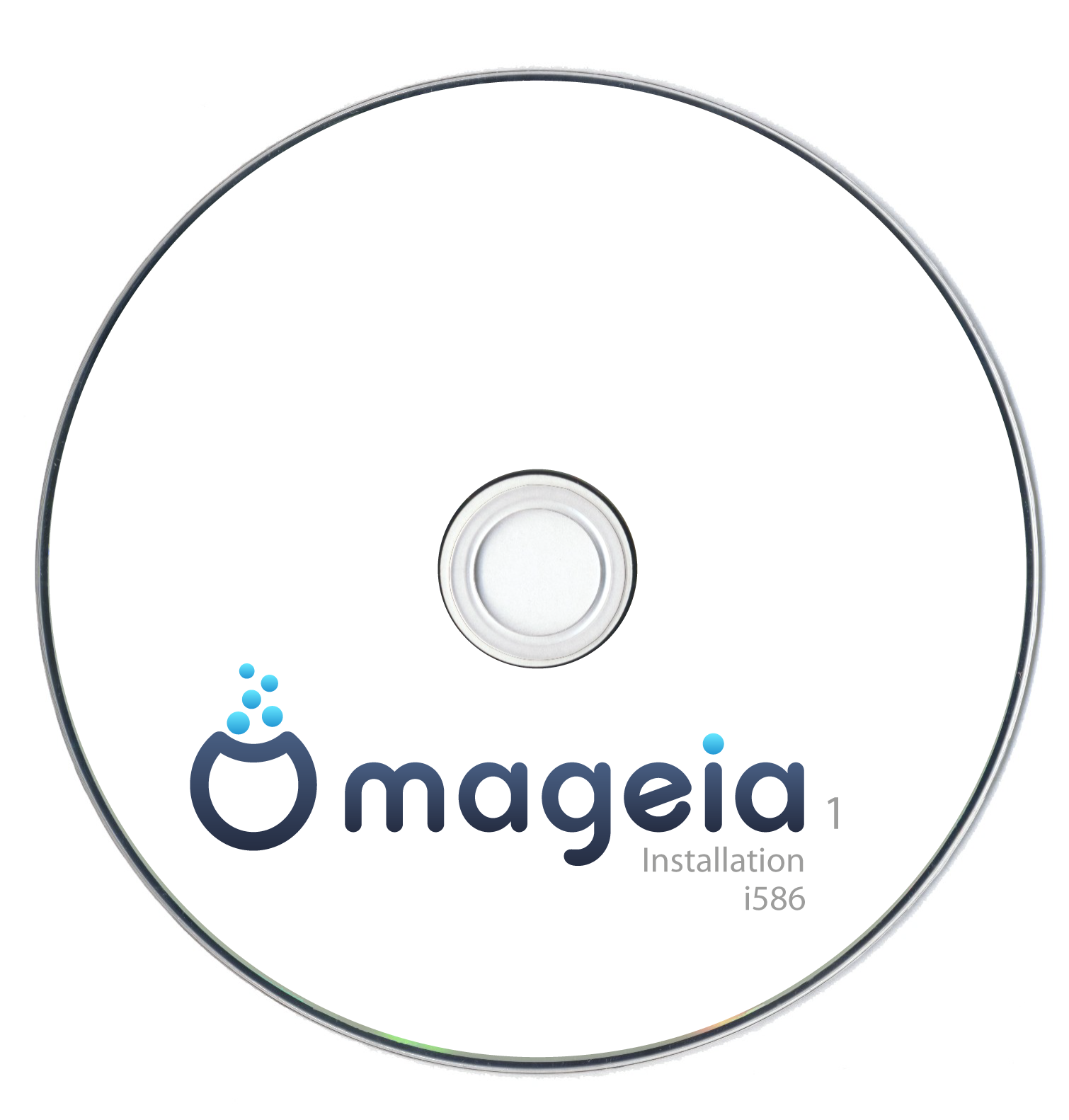 Visitors were quite diverse, ranging from neophytes with no knowledge of Linux to advanced users asking for support on a specific subject.

A local mailing list project was conceived during these two days, dedicated to Mageia users from Lyon and its surroundings. The list aims to ease the process of organising install parties and RPM workshops, and also to enable us to support each other. Some users who were interested in it have already given us their emails so that we can notify them if the project becomes a reality.

Finally, these two days enabled us to spread the word about Mageia and to show it as a major distribution (one of the 4 distributions which were represented, along with Fedora, OpenSUSE and Ubuntu), to meet more people from the free software community of Lyon and its surroundings, and to have a good time.

[1] LibrePC is Daniel’s shop in Lyon specialising in Linux and free software.