Hi Manuel, can you introduce yourself? Where are you from? What is your job? 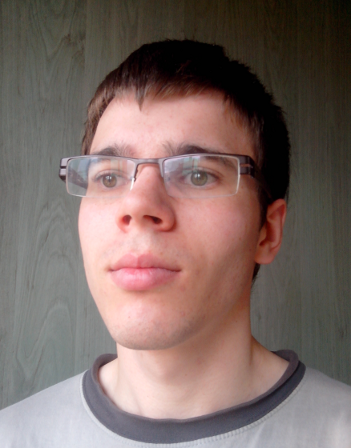 I am Manuel Hiebel (aka leuhmanu), I’m 22 years old and live in Alsace, France. I’m currently doing an internship after a two-year university degree in Technology, major Networks and Telecommunications.

How did you come to Mageia and the Bugsquad/Triage team ?

I started using Linux with Mandriva 2007.1 to try to give my old laptop a second life. As it was a great success, I kept it. Then as I easily found what I was looking for and everything worked so well, I also installed it onto my new computer.

In 2009, I was on some chat channels like IRC, Jabber and forums. I learned a lot this way and there was always something interesting going on, also workers from the distributions were on these networks.

In 2010, with the situation of Mandriva at that moment, I started to look for possible alternatives that would give me the same level of flexibility which I was used to with Mandriva. In September I saw the announcement about the foundation of Mageia with a lot of well known people. I was thinking “Yes this will work! Let me see if I can help somewhere”.

So I joined channels and mailing lists and it was a pleasure to see the starting of a project.

Initially I volunteered to be in QA and not bugsquad. At the opening of the bugzilla, in February 2011, I subscribed to the bugs mailing list to see what was happening, mostly through curiosity. Over the same period I was reporting a lot of bugs. During the next few months I learned a lot from watching the comments of others and commenting on bugs where I knew how to help.

During the summer of 2011, one of the most important bugsquad contributors (and one historical from Mandriva) left Mageia. At this time I intensified my presence to fill some gaps in the triaging of bugs and in September I was a real member of this process.

Is it Bugsquad or Triage? What’s the difference?

Well we can say it’s both. Triage is part of the “daily job” which is reviewing all bug reports to see if they are valid, complete (helping the reporters if we think it is not the case) and then assigning the bug to the appropriate person who has (or could have) the ability to fix the bug.

Bugsquad includes some other duties like maintenance of bug reports and monitoring. Maintenance is to make sure everything has a bug resolution. Like: Pinging the reporter or the assignee if needed, add other potential people who could help if there is no action, or change some data to make bugs more easy to find etc.

Monitoring is making some stats about bug reports. Their status, their assignee, or also organizing bugs to have a better point of view of any global issues.

How is Bugsquad organized? How is it going? What do you find difficult in Bugsquad tasks?

In fact there is no real organisation, but we can make two different lists of contributions. There are some people who review bugs mostly and a bigger pool around the bugzilla who are more or less present and review some particular component: Mageia tools, network configuration apps, specific desktop, security bugs etc. All these people make the task possible and all actions are important. From the smallest to the biggest.

For the workload, it is the contrary to most other teams. In the bugsquad, lots of bugs reports come straight after release, which is pretty good as we need them to make Mageia better. We are not perfect, currently nearly 11000 bugs, not all of them were reviewed but I think that the most important ones are always seen.

Difficult tasks for bugsquad are to make sure all needed info is included on the bug report and, depending on the context, determine to whom we can send the bug.

For the task of assigning bugs, I created a greasemonkey script, (data is accessible via a website or one of the IRC bots) but it helps only in the second part of the job.

Why do you think it’s usually hard to find contributors for Bugsquad?

Maintenance is less sexy than making new features. More seriously, contributors can be put off by the volume of mail if they have subscribed to the dedicated mailing list. They could use the bugzilla search though to have a bug list of a particular component or to have the new bugs of that day.

Feel free to ask us, and we will certainly find the best way for your case. For the rest each bug can be seen as a thread on a forum. Like previously said, any comment or kind of action helps us.

What are Bugsquad’s plans for Mageia 3?

There are currently no other plans other than what was done so far. Make it the best possible to support the release until it’s end of life next year.

If you had to convince somebody to join team, what would you say to make it attractive?

When joining the team, you will learn a lot about the different parts of Linux or general development.

With time you will get to know more and more of all the wonderful tools and people that make Mageia.

Are there any other fields you’re involved with in Mageia or you would like to join?

I recently joined the Atelier Team, more precisely the web part to help with updating the website with our releases.

Occasionally I help the QA Team with pre-release ISO testing, or on RPM updates testing. For some months I planned to be an apprentice packager but with less and less time available it was not doable.

Imagine you find Aladdin’s lamp. What would be your 3 wishes for Mageia?

1. That she sticks to the fundamentals (flexibility, simplicity, stability)
2. That she continues to be sustainable over time
3. A Television port! (dedicated to a person who will recognize himself)

This entry was posted in bugsquad, Mageia, QA. Bookmark the permalink.