Astonishing numbers of people in the northern hemisphere have been vacationing, harvesting, fighting fires – but there’s still a heap of work happening. Thanks, Mageians!

Mageia 6.1 is getting closer all the time, and in the meantime, some of you might have noticed that the Mageia 5->6 update is now available through the systray icon – it’s been enabled once more. To have it work, you need to re-enable “check for new releases” in the Updates Frequency settings in Mageia Control Centre. You’ll also see a different version of the tray icon – instead of the blue circle with the down arrow, you’ll see the orange circle with a round arrow. This is to let you know that Mageia 5 is now officially out of date.

Some info from the QA team: if you’re upgrading from KDE4 to Plasma, there could be some issues with older video cards. If you’re not sure, make certain before you update that you have another, non-KDE desktop environment installed – XFce is usually problem-free. Log in to that non-KDE environment before you begin the update.

As with all larger updates, if you’re using a laptop, connect to AC power and make sure you have plenty of disk space available and a reliable internet connection.

Oh, and did you know? our ancestor Mandrake Linux had its first release on 23 July 1998, 20 years ago! There are even some images around of the old, old logo with (shh!) The Hat, which we won’t show you – but here’s one of the Mandrake boxed sets – quite a late one… Lots of us began our journey with some version of Linux Mandrake, and then Mandriva, and now Mageia! 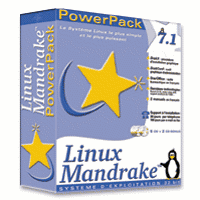 RMLL went really well! Our thanks to all those who helped out. 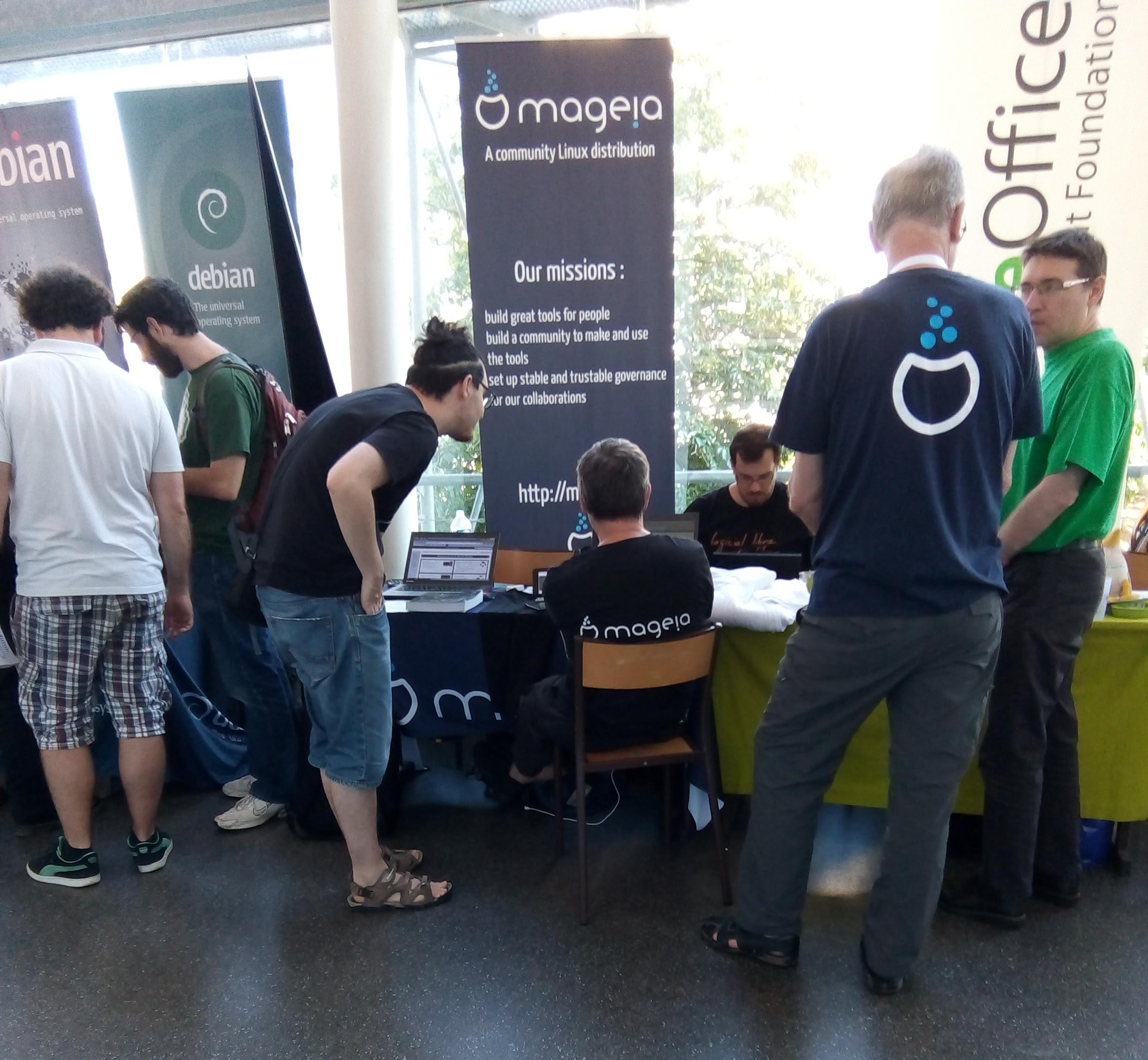 We had enough Mageians to man the stand, and it was great to meet one another, to meet interested users and potential users and to meet contributors from other projects.

DTux had brought his well-working RaspberryPi with Mageia 6, and he had also brought an Odroid that runs Mageia –  both attracted lots of interest from visitors.

Many of the visitors were most interested in security; that was something new. That was undoubtedly caused by the paper copy of a great comprehensive French book about digital self-defense from boum.org that was on our table. If you read French, you can buy it (or read a digital version for free) here: http://guide.boum.org/

Now for the roundup – it’s fairly big, sorry for the delay!

Bugfix updates since the last roundup (Mga6 only):

And, of course, a whole heap (we didn’t count this time) of updates into Cauldron.

Don’t forget, you can check Mageia Advisories, the Mageia AppDB, and PkgSubmit to see the last 48 hours, and Bugzilla to see what’s currently happening.

This entry was posted in events, Mageia, Updates, Weekly roundup. Bookmark the permalink.