The whole Mageia community is extremely happy to announce the release of Mageia 6, the shiny result of our longest release cycle so far! It comes with many new and exciting features, a new range of installation media and the usability and stability that can be expected from any Mageia release. See the Release Notes for extensive details.

Though Mageia 6’s development was much longer than anticipated, we took the time to polish it and ensure that it will be our greatest release so far. We thank our community for their patience, and also our packagers and QA team who provided an extended support for Mageia 5 far beyond the initial schedule.

For the most eager, here are the relevant links to download and prepare your Mageia 6 installation:

The extra time that has gone into this release has allowed for many exciting additions, here are a few of the major additions and key features of Mageia 6: 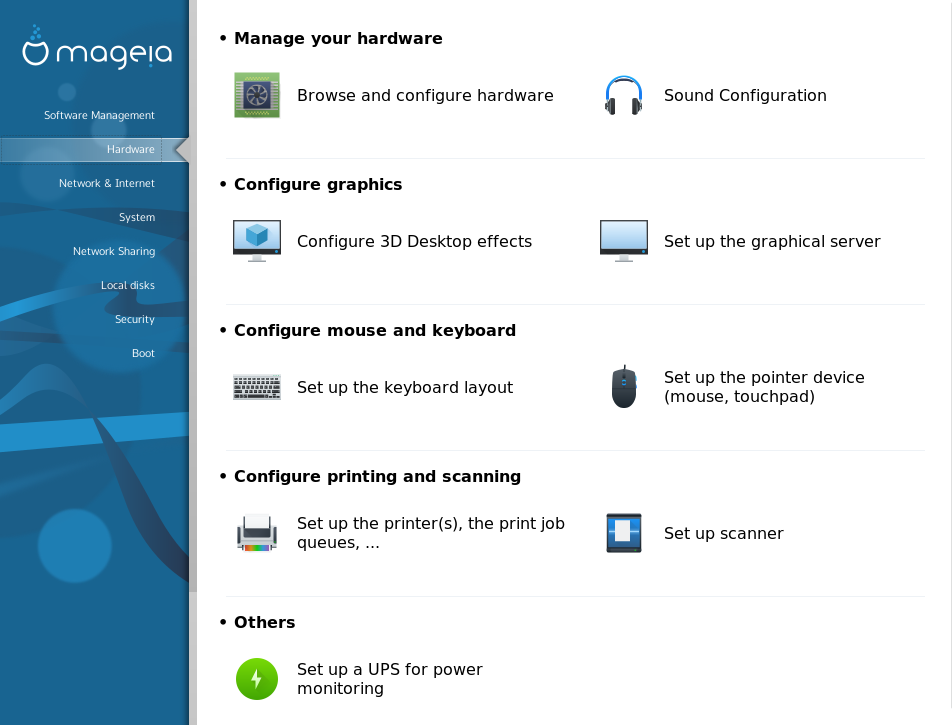 Screenshot of the Mageia Control Center with its new icons

Full details of these highlights can be read in the Release Notes, and several of those will be detailed in their own blog posts in the coming weeks.

All of the software in the repository has been rebuilt and updated to include the latest and greatest from around the open source ecosystem, here are some of the major components that make up this release:

Most user-facing applications are very recent releases, bringing Mageia users the best of free and open source software projects of 2017. Core components of the distribution use slightly more conservative versions, allowing for a good tradeoff between new developments and stability.

During this development cycle, we changed the ISO lineup to include Xfce Live images (32-bit and 64-bit), and remove 32-bit GNOME and Plasma Live images as well as the dual-arch installer.

This has had a number of benefits: it provides a lightweight Xfce live environment for both 32 and 64-bit installation, while reducing the number of supported ISOs and making it clearer what are the available install paths for each use case. Here is the full lineup of the Mageia 6 ISOs:

For those that still want to install 32-bit Plasma or GNOME, they are available on the Classical Installer or through network installation. All of these ISOs are hybrid, so they can be used on both USB sticks and DVDs; if a bootable CD is required, several network install images are available that can utilise many sources to complete an installation including a local or network mirror and the Classical Installer image. See the documentation for more info on the installation possibilities.

We have created a full new theme for Mageia 6 that includes improvements with image scaling during boot time as well as a new iconset and improvements in the look of all Mageia-specific applications such as the Control Center (MCC). A big thanks to Timothée Giet for his work on modernizing and unifying Mageia’s looks! 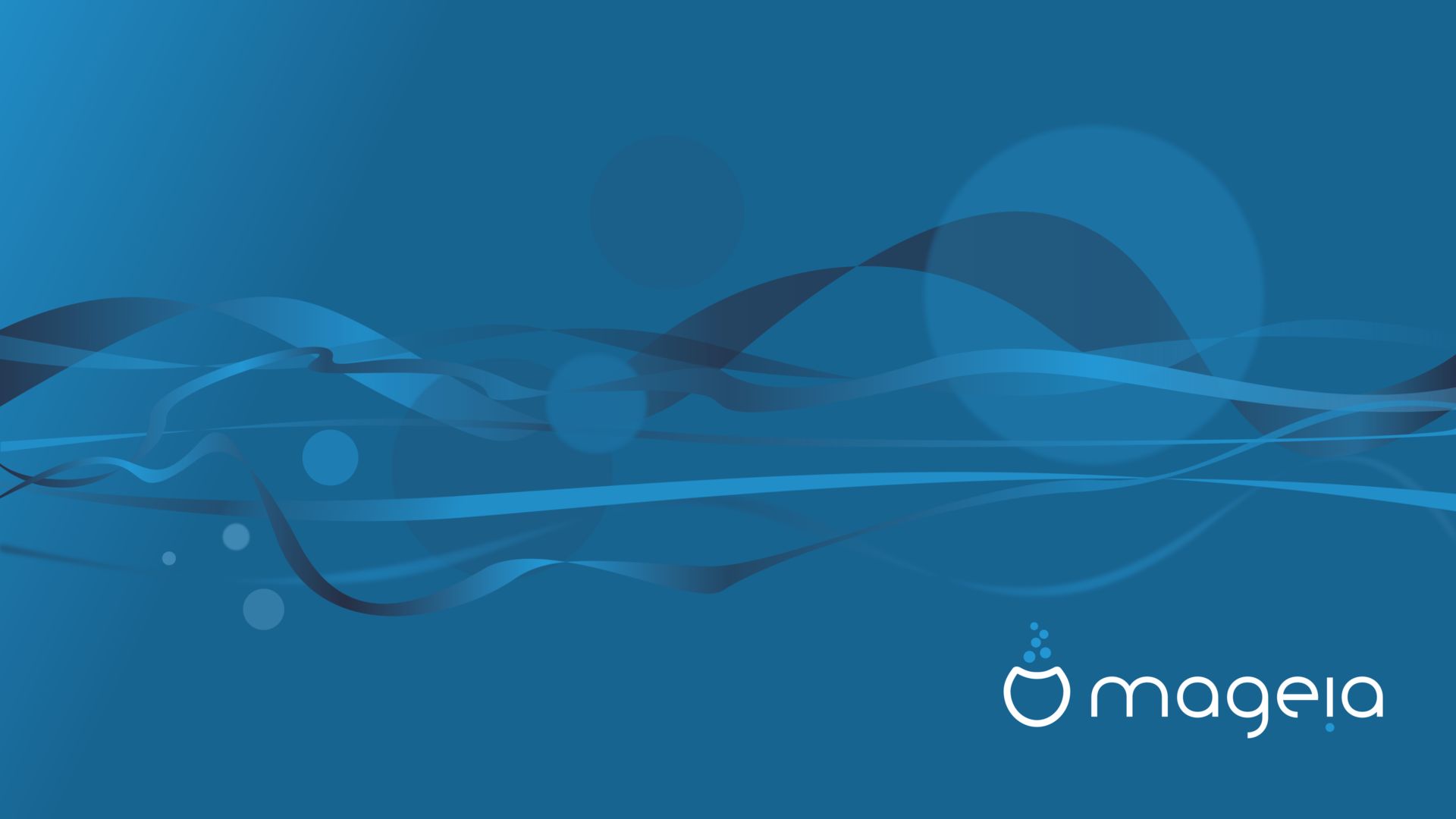 For those wondering about Mageia 5 – it will still be supported for 3 months, with an expected end of life on 31st October 2017, giving you some time to upgrade. That will make it our longest supported release so far, as it was released in June 2015!

Mageia 6 will be supported for at least 18 months, i.e. until 16th January 2019. If the support duration were to be extended as it was for Mageia 5, it will be announced on this blog and updated on the website.

One word: community. Mageia is a top-notch Linux distribution entirely made by and for its community. No strings attached, no company behind it, only users who have a great time developing the distribution that they use daily, at home or at work. And as a Mageia user, you are part of this rewarding experience, and you can contribute in many different ways to make it yours.

Mageia is shaped for its users, and is therefore suitable in any environment: work, home, servers, leisure. Everything is supported directly by the community through the official repositories, out of the box. Mageia always strives to offer a universal usage experience across a large set of desktop environments, integrated with some of the best control and administration tools available.

Standing on the shoulders of giants

Our team of developers, packagers, QA testers, bug reporters and triagers, documentation writers, translators and sysadmins have all worked super-hard to bring Mageia 6 to readiness, and we thank them all for their voluntary work on our community-led independent project!

We are all gratefully aware of the amazing work of all the Free Software projects that we distribute, such as the Linux kernel, the GNU project, systemd, X.org, Mesa 3D, KDE, GNOME, Xfce, Mozilla, LibreOffice and many others. This also includes the other GNU/Linux distributions we collaborate with and all the many, many people writing and testing free software – thanks to you all for inspiring us and making the great software that forms the foundation of Mageia.

This entry was posted in community, Mageia, release, users. Bookmark the permalink.